No seriously. I'd been planning a Query-Go-Round update, but instead of just a run-down on my adventure, I'm going to talk about receiving the simultaneously most exhilarating and stupefyingly terrifying email ever.

Yes, boys and girls, it's the rejection that tells you why . . .

Not just feedback, but marked-up pages from the stone-eye of a market professional.

You've incorporated your beta notes. You've read it out loud to your dog. You've tweaked passages so many times that you've introduced new errors. You've finally had to hit send because the prose was starting to feel muddy in your head and sound like tin in your ears.

And then a tic that you thought had been beaten out of you in third person rears its ugly head in first person.

So, a new leg of the journey begins. To help narrate it, I'm introducing a little guy I'm going to call Query Hamster.

So, next step. After I chew on the notes like my friend here on that spaghetti, I've already arranged for a freelance editor I've become net-friends with to first give her take on the opening pages and then give the notes another chew. After that, a discussion on how to stomp out that gremlin without losing the voice.

This is critical to me. I have two other fulls out and have no reason to believe that other pros won't feel the same way.

Okay, I will now preempt the question: WHY DIDN"T YOU DO THIS BEFORE?

Because, it's like needing glasses. You don't always know you need glasses until a pro from outside your arena of influence plunks the lenses down on your nose. You've adapted to your existence and so have those who are close to you and talk with you all the time. Your squint becomes normal.

Two of my betas are professional freelance writers who take editorial beatings every day. However, they are used to my voice and writing patterns. They gloss over it like I gloss over theirs. They also haven't bruised themselves against the nubby rough prickly glass-shard studded wall of the publishing houses like agents do every day.

Even freelancers are out of that arena. There's no guarantee an editor would have had the same suggestions. My budget is somewhere in the negative numbers, so I have to pick and choose my battles. But now I have a firm ground zero and will have two points of data as I negotiate through another revision.

But note a few things here. I've been preparing for this journey for almost two years. Note that I said I have already made a connection with a freelance editor who specializes in crime/thriller fiction. I know several of her clients, like their work, and have met her in person at a conference as well as online.

I'm not out combing the net sending out panic signals like a fish that will strike at the first hook. Even the feedback is a result of my participation and making a place in the greater online/conference writing community. You do not just show up and say LOVE ME.

I like metaphors, especially sports metaphors. Even dumb ones crystallize thoughts for me and act as a quick reminder of their theme. So here are a couple of mine.

#1 - If you want to improve, play tennis with people who beat you all the time.

As you start winning, you move up the ranks to a whole new level that can beat you all the time.

#2 - If you can't see yourself on the medal stand, then you need to get off the ice.

It doesn't say if you "can't be on the medal stand." It says if you can't take your losses and setbacks and be at practice the next morning because that's what you need to do, then you need to cede the ice until you get your head on straight. *tightens skates*

I have to finish a freelance article on wrongful death in Pennsylvania in order to pay the utility bills. Then I have to figure out why my bedroom lamp won't come on (no, it's not the bulb.) Then I have to eat cupcakes.

Then I have to continue to work on my manuscript,

I can whine about gatekeepers and throw it up on Kindle . . . 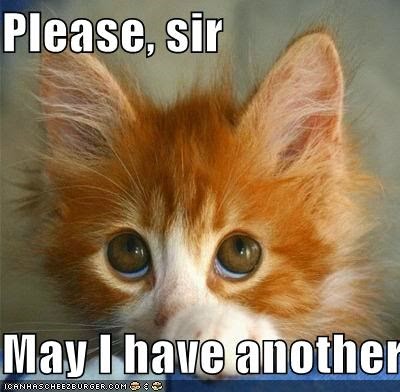 Back in an earlier post, I said I would hit the trad pub wall until it was a business roadblock, not a quality one. I apparently have a quality problem. It must be hunted down and killed with fire. Will I ever self-pub? Of course I will. But it won't be as a shortcut to the medal stand or because I'm afraid to rush the net.