Obligatory PSA: This post is vile. If bad language, degrading sexual discussions, allusions to rape culture, and just general douche-baggery offend you, then check out this photo of an adorable toddler in a bear suit and back away slowly. 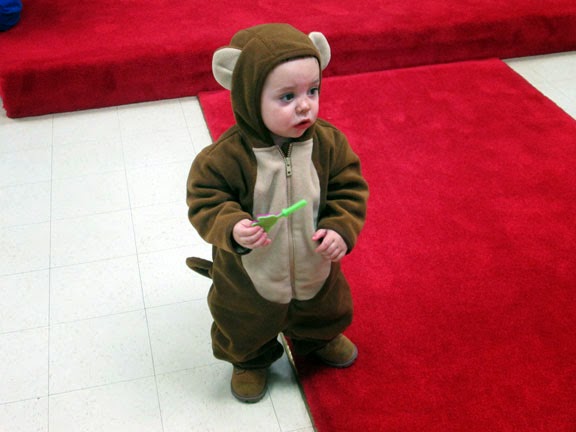 In response to a trolling I took on Twitter when I posted on the #yesallwoman hashtag and after reading article after article on the UCSB shootings, I took a stroll through the man-o-sphere, a collection of websites loosely organized around the MRA movement.

On the advice of someone I respect, I decided to summarize what I found into a blog post. Before I start, let me tell you a bit about myself. I am not politically-correct nor thin-skinned. I sit in the front row at comedy clubs. For 10 years I both prosecuted and defended child support cases. In the corridor of the jail, I had a guy put his finger in my face and tell me I was the "stupidest fucking bitch" he'd ever met. I tore his plea agreement into pieces, turned, walked away, and asked the judge to reschedule him with a different lawyer. It cost him 6 extra weeks in jail. I am not a shrinking violet.

What I found in my journey made me laugh, made me retch, and made me want to wash my hands. I'm not going to hotlink to sites because I don't want them to benefit from the pageviews, but I started with the Southern Poverty Law Center misogyny sites.

The first one calls for all American men to boycott American women and seek brides overseas. Asian, Hispanic, Eastern European, and Russian women are all desirable wives.

One post sums up the posters' general opinion of American women:

American women..
- highest maintenance (I've never heard of a foreign bride demanding her husband buy expensive house & cars)
- fattest in the world
- most likely to cheat
- highest rate of divorce (60% - US-US marriages; 20% - US-foreign marriages)
- largest payout in divorce court (you'll be ass-raped for everything you earned, plus most of what you will earn for years to come)
- bitchiest
- most likely to nag constantly
- most likely to believe in feminism and "equality"
- most likely to hate men
- spend least amount of time with her children
- worst at cooking and cleaning
- fucked & chucked by tons of guys before tricking you into marriage

American women love abortion, they love abusive men, they open their legs for any man, and yet they still want to be treated as a princess, their hatred for GOD and men is ridiculous. They are selfish parasites that waste oxygen, land, water, cause traffic congestion and cause all types of pollution, ever looked at a modern women????. These women are bacterial and filthy. Statistics from the department show that they cary the aids virus around. 40% of the this slut population carry aids.

Although I did discover that American women are suitable as "fuckdolls" for pump and dump "sportfucking."

How are these guys still single?

Moving on, Chuck Wendig of Terribleminds wrote a couple of tremendous posts on the subject and was spammed by haters who thought he was a woman. He got a couple of insults that I recognized from my stop at a post giving men a variety of really lame insults to use on women. "Did your cat die?" is a common one.

Moving on, this same blog gave biblical reasons women should not be allowed to vote. Yeah, I know. One of the commenters took it way farther:

"Strategy and long-term implication are vital. Women are one-move players. They have no grasp of mathematical game theory. Why do you think they suck at STEM courses?"

(Okay, I confess, I got my civil engineering degree in a Cracker Jack box.)

Moving away from the women haters in our tour of man-o-mania, we come to the PUAs. The pick-up artists. The guys who treat women as prey. A helpful article gives definitions to "common words used by men to describe women." I now know the difference between a shank and a skank. Fear me. Also, evidently you guys should beware of "thick" girls because they have short shelf lives.

To PUAs, all women fall somewhere on the 10-scale. In all fairness, no one is immune to this. Women objectify hot men all the time. However, I have yet to hear a woman say this about a good-looking guy:

"Hot women are good for eye candy and sex, but to date one is a prodigious task that is usually not worth the reward. She usually brings nothing to the table except her looks and those fade. Being deemed 'hot' she never had to cultivate personality or intelligence as everything has always been handed to her. She is often dull and vapid . . . Often times hot girls are deceptively hot. Meaning once the make-up is off and the body enhancing clothes are removed, she is actually a couple points lower."

With women (and I have dated my share of alphas, including my ex-husband who, in jeans, made habaneros seem like gummy bears,) it's more often, "Nice work Mother Nature."

PUAs also, in their "lay reports" occasionally use the modifiers "HB" for hot babe or hunny bunny and "SHB" super hot babe. The general consensus is that a 6 can be bangable, but only a minimum HB7 is worthy of pursuing for the swoop or the "fuck close."

The goal, the holy grail, part of what Elliot Rodger used to justify his murderous spree is the "dime piece."

"A beautiful, gorgeous, sexy woman, but not just looks, her personality as well. Along with the looks and personality, she is usually a virgin or had few sex partners."

When these incels (involuntarily celibates) put their focus on a single dime piece, it is called "oneitis" where the incels torture themselves that their chosen piece is shopping it all over town to the alphas and will only look at them when they are fucked-out skanks looking to hang a kid on a beta and ride him into the ground.

I'll close this out with a shard of a comment on a hard-core PUA-game site. A woman had surfaced and compared the readers of the site to Elliot Rodger. The response:

"The important difference between [readers] and Elliot Rodger, is we don't place any importance on your worthless fuckhole. It can be obtained for less than the price of a tank of gas. Bullets are expensive, you know. But pussy is worthless."

After something like that, I got nothing to add, except that #yesallwomen is real and true and to say that Elliot Rodger was just mentally ill, and he "killed more men than women" and blahblahblah and "hey, instead of you, let's talk about me, I'm a nice guy!" puts all the women you love at risk.

So, who wants to hug a puppy. I have plenty. 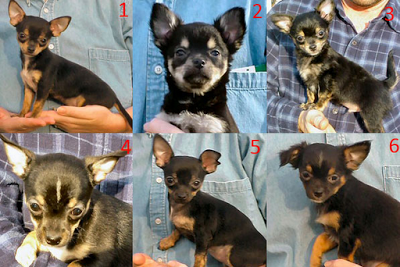