No, I'm not gay, but you stopped for a second, didn't you? For a second your perception of me may have wavered. 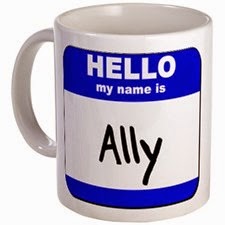 It depends on who you are. I may have even offended you. If I did, then you can back out now because you may not like the rest of my blog post and this is my blog.

In Internet flame wars, I occasionally get, "Why do you care, you some kinda dyke?" thrown at me.

"Dude, listen to me for 2 minutes about Norman Reedus or Bruce Springsteen and you'll know that I'm as straight as the pole your mama danced on. And, by the way, is that the best you've got? That insult is pathetic. It's like accusing me of being tall."

To be fair, I do have short hair, a big mouth, and often wear cargo pants. So, I mean it's obvious, because middle-aged mid-western white guys can "always tell."

What I am is an anti-bigotry ally.

I know this because I was raised by a bigot and lived most of my life surrounded by bigots. Over the last couple of decades, I've embraced the reality and have been actively trying to shuffle it off.

In law school I told a Cherokee friend how I was raised to view the tribes. It was hilarious and a bit embarrassing. We were both laughing by the time I was done. But we both got something out of it. He got a look behind the curtain and I got to work on pulling that curtain down.

Do I always get it perfect?

I'm sure I step on the cow pies of white privilege and cultural appropriation. I know I'm most likely perceived as a "nice white lady" from time to time. Sorry about that. It's a learn-as-you-go thing. It's not like there's a manual. I watch men navigating the minefield of feminism and applaud those who are making a sincere effort. That's what being an ally is. It's about dusting yourself off and learning something about it. I do believe I get it right more often than I get it wrong.

I'm not black, bi-sexual, gay, Hispanic, Arab, or any other -ist or -ism group. What I am is an insanely well-educated middle-aged white woman from a small town. I hit the social-privilege lottery. The only thing standing between me and owning the world is a penis and a trust fund.

I'm also pro-choice, pro-civil-rights, pro-individual-freedom, pro-sane-immigration, pro-equality. I write and I talk and I vote. I don't sit back and wring my hands and say that "But wait, all [whites, men, christians, conservatives] aren't like that, don't judge me!"

Even though I wear my ally status openly and proudly, what I'm doing is not always for you.

I know. But listen for a second.

The mainstream culture is howling that they are losing their rights. Um, no. Rights are rights. There isn't a finite supply. When you get a right, I don't lose one. There is no conservation of rights in the universe.

What the mainstream culture is losing is privilege and power.

Every woman who is elected to Congress, every black who scores a management position, every gay couple who signs up for a wedding registry is subtly picking away at what made the Old Guard feel special. And that is terrifying. Throughout our short checkered history, no matter how bad it got, a segment of our population could still say, "Well, things are bad, but they could be worse, we could be [insert whatever.]"

It's mainstream white culture that needs to adapt if it is going to survive. My culture. As your ally, I am trying to reform my own culture because I also want it to survive in a better form.

"Oh sure," you may be thinking. "Just another white person trying to use me."

Again, if you believe that, then we have more to talk about. Feel free to ask me to explain my message.

In every revolution, and this is a revolution, the victors are usually an alliance. Some close-knit, some uneasy. All joined together with individual interests melding into a common goal.

You are my ally as much as I am yours.

Use that power. Make it better.

Carolee said…
"The mainstream culture is howling that they are losing their rights. Um, no. Rights are rights. There isn't a finite supply. When you get a right, I don't lose one. There is no conservation of rights in the universe.

What the mainstream culture is losing is privilege and power."

All the divisive crap floating around the country today--let's say each opinion (piece of crap) is a single string. What you've written is someone taking all those strings, one at a time, and knitting a very warm blanket.
April 2, 2015 at 8:41 PM