I am a product of what cultural historians call "second-wave feminism." The generations that came before me secured my right to vote and broke down the first barriers to me being able to realize my own potential. Supreme Court decisions guaranteed rights to privacy in matters of home and family. By the time I was a young adult, birth control was readily available, women had the unquestioned right of self-determination over their own bodies, divorce laws were reforming, coverture laws were failing, and the post-reconstructionist laws like prohibitions on inter-racial marriage had been thrown on the scrap heap of history. 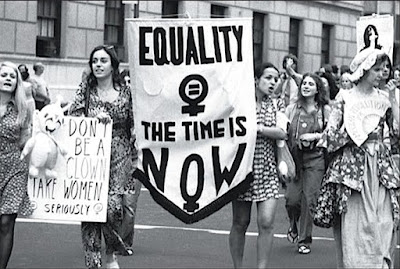 In my teens I had a front row seat to the battle over the Equal Rights Amendment and its failure to pass. Many justifications boiled down to, "Women aren't equal! They're special and must be protected in this cold cruel world!" Another big scare tactic used by opponents was the specter of women in combat. In the waning days of Vietnam, that vibrated.

But at the end of the day, it was about men wanting to keep women less and too damn many women enabling them.

In my high school, boys and girls were separated for career day. Boys heard from doctors, lawyers, engineers, and business men. Girls heard from nurses, teachers, and secretaries. My father's only stated goals for me was to not get pregnant before I was married and to wait until I was at least 20 to do that. He also added that unless I took Home Ec, "no man would ever want me."

After ducking out of the mainstream for most of the 80s in a horrible marriage, (the kind where the cops asked, "So what did you do to make him mad?") I got myself back in school with no help from my family. Suddenly, I was a newly minted student at a community college in California. Growing up, I'd wanted to be one thing - an astronaut. Star Trek and NASA shaped me from kindergarten. But, like many others, including candidate Hillary Clinton, well, I discovered that girls just weren't astronauts. Instead I decided to study engineering and embarked on my first two years which included 4 semesters of physics, 4 semesters of calculus, drafting, and my nemesis . . . chemistry. Luckily, the geek science community, male and female, welcomed me and I got through. But, let's chat a minute about chemistry.

This was not an ancient venerated school. The buildings were contemporary, most less than 30 years old, and generally the school was well-outfitted. A science building had been built across the open field known as the quad. It had been built with no women's restroom. None. When women had the temerity to start enrolling in science classes, a janitorial closet was converted into a dark single-stall ladies room. Let's just say that if your chemistry class was after lunch, you could count on being late to class.

Well, why not just go before you crossed the field! That's what I'd do!

That's not the frigging point. A science building at a public school was constructed without a bathroom for female students. Let that simmer for a minute.

As I was struggling through chemistry, a group of second-year women stormed the men's room. They told the guys to zip it up and move it out. Then they occupied the spacious sunny bathroom, planting ferns in the urinals until the college agreed to remodel the closet into a proper restroom. Yes, women had to protest that shit. Female members of congress didn't get a convenient restroom until two-thousand-fucking-eleven and then, some of the women chirped, "Oh thank you Speaker Boehner!"

When I transferred to a university, I was one of three women studying civil engineering. I didn't graduate anywhere near the top of my class, but I snagged a silk stocking, top drawer job with a major oil company.

Where a contractor, when I challenged him, called me . . . . missy. 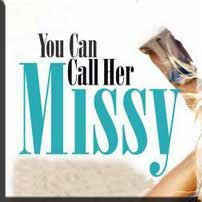 Five years later I ended my career with said company after landing at a facility where it was made very clear to me that my promotions had come too fast in my early career and I was going to sit at the salary level I was at for a good long time. A few lovely experiences included:

Having a male subordinate report that I lacked "work ethic" because I cut his overtime and pushed him out the door to attend his child's school events.

Get a lecture that wearing jeans and khakis really wasn't appropriate attire (it was a factory.) This came from a male manager wearing . . . wait for it . . . khakis.

My next career move was law school. One place we've come a long way baby. Half of all law degrees go to women. But, come career time, unless you are a woman in the top ten, you'll likely end up in lower paying public service and family law. The high end and partnerships still belong to the old boys and a few selected women.

Now, I'm a writer and selling antiques and collectibles. I can talk action figures with the best of them. I have really enjoyed seeing women take their place in nerd-dom and gaming, until, of course, the abusive culture that has erupted like an ugly zit on the ass of fandom. I can honestly say that in my early days of going to cons, I saw none of that.

I decided to lead off with my story, because I get it. The struggle is on-going and gains from the 60s and 70s are slipping away. The brick wall and glass ceiling still exist and too many women are keeping it bright, shiny, and polished while gazing adoringly at the men looking down on them.

A good solid chunk of what me and the generation before me fought for has morphed into pure bullshit.

angie Brooksby-Arcangioli said…
This is a wonderful post, I want to read the next installment.

In high school, we girls, were obliged to take home economics and typing. I love to sew, occasionally, but I'd never make a dowry of quilts, it's more lopsided cushions or experimental shapes. I am happy for the typing experience, at least I don't have to look at the keys.

Last night I was at a party looking at the men and wondering what would the world be like if men couldn't leave the house without eyeliner.
December 20, 2015 at 12:31 AM

johnson said…
Thank you for your interesting and informative blog. I have enjoyed reading it and appreciate the work you have put into it. Here is some relevant information for you to review .
Halloween Costumes