The Gray Man Cometh: Back Blast by Mark Greaney

Before I delve into my take on Back Blast, the latest book in the Gray Man series by Mark Greaney, I'll run a little backstory. I had a chance to meet Mark at Bouchercon 2015 in Raleigh and we had a great chat about the Jack Ryan books. If you run into him, he is funny and friendly on top of being a very talented writer.

With the announcement of Back Blast, I was able to secure an advance copy through his publisher in exchange for an honest review. So, Mark's not my cousin or anything, just a writer that I follow and occasionally argue politics with on Facebook. I am receiving no compensation or other consideration other than I got to read a great book before it hit the stands. 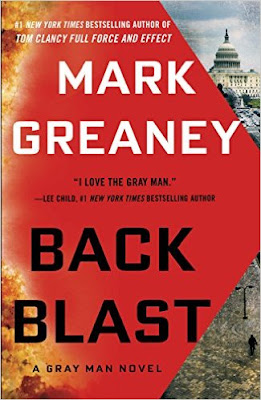 Back Blast (dropping in February 2016 and available for pre-order on Amazon) is the latest installment in the saga of Court Gentry, better known as the Gray Man. Code-named Sierra Six, or Violator, he's an elite operator in the US clandestine services. Ninjas look at Gentry and say, "Damn, Dude, you're good."

However, Court is in the worst situation possible for someone like himself. He is under a termination order from the government that made him.

The very brothers and soldiers that he served with are now ordered to shoot him on sight.

Bottom line? He's back in Washington D.C. to discover the reason and clear his name or die trying.

Back Blast taps into one of my favorite tropes, the Super Soldier. Whether it is the sci-fi worlds of Myke Cole's Gemini Cell, Star Trek and X-Files, or the gritty realism of Bourne and the Gray Man, governments create operatives trained, equipped, and programmed for one purpose - to kill on command. And then the government comes to fear them. And if they can't control them, that government then tries to destroy them.

However, destroying Court Gentry is a notoriously difficult assignment.

Denny Carmichael is ensconced in his secured situation room at CIA Headquarters in Langley. Court Gentry is unarmed on the streets of Washington Highlands. In other words, the odds now are just about even.

At least until Court is armed. It's the reason he chose this hood. When you need a gun, you go where the guns are. It doesn't take long . . .

I'm going to be very careful on giving up spoilers, but I will share one of the best lines in the book:

Court had learned long ago that in any gunfight, one does not rise to the occasion. Instead, one defaults to the level of ability he has mastered.

Well, Court's default level beats mine. And yours. And that guy over there's. And certainly the average street rat's. Any day of the week. Because of that, Carmichael has the entire might of the CIA and Gentry now has a low-rent gang banger grade pistol. In other words, the odds aren't even any more.

This launches a cat and mouse game across the crowded streets of D.C., down the coast to Florida (where Court finds out that you can't go home again,) and the swamps of Court's old training ground, ending up at a CIA super-fortress. All as he searches out the answer to one question.

Why does his government want to kill him?

Mark does a great job dropping hints about a busted op that Court and Carmichael each remember turning out very very differently. As the mystery unfolds, we readers get a glimpse into the life of an elite soldier. Hunters now hunting one of their own. Orders are orders. The mission is what matters.

Tech-heads (like myself) will feast on the weapons, surveillance systems, and a surprise or two (I had no clue on that bit of gadgetry at the end. Well done.) Mark's time in the district also shows through as the streets, buildings, neighborhoods, and subways come to life. You are walking the streets as the gunfights and chases drive Court tighter and tighter into a corner. The reader is also treated to what happens when ammo meets a deep fryer.

I'm not giving anything up by saying that the SWAT raid on Court's bolt hole is as good as any scene of that type I've ever read. And it starts out with another masterful passage (slightly redacted to avoid spoiler):

A faint noise, something indistinct but vaguely familiar, grabbed his attention . . . Soft, but unmistakable. A slight scratching. . . he knew what it was now.

It was a plastic buckle, probably a FastTech, commonly used on tactical gear. Court had worn equipment adorned with FastTech buckles for the majority of his life, so he knew the sound they made when they touched other surfaces almost as well as he knew his own inner voice.

Warning, escalating tension, and a drip of backstory. All in a few sentences about a plastic buckle. That's why Greaney gets the big bucks.

Suffice it to say that mayhem ensues.

As the book thunders to its conclusion and the mystery is solved, all I can say is that the clues were there all along, pointing the way - just like a good mystery-thriller should.

Back Blast concludes this story arc for the Gray Man and opens up the next one with some tantalizing clues. In a series, the question is always, where can a reader jump in?

The answer is if you are a fanatical completist, you'll want to start back at the first book. You'll get to know the players and the story arc will be deeper and richer. However, it is not required. Mark includes enough of the backstory to make it self-contained. If you are new to this series (as in you are coming over from the mega-blockbuster Jack Ryan books,) you can read Back Blast and be right where you need to be for the next book in the series.

Overall, I give it five snaps up and a can of convenience store greens with vinegar. Back Blast is available on February 16, 2016 from all major booksellers. Be there . . . 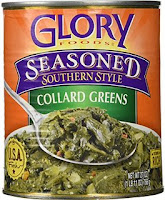