Book Review: The Other Mrs. Miller by Allison Dickson

I lost a few evenings worth of sleep over THE OTHER MRS. MILLER, the debut novel by Allison Dickson. Let's talk domestic thrillers. Like all things associated with writing, there is no neat definition but there are a few common threads. Domestic suspense or domestic thrillers deal with what goes on behind the closed doors of those tidy homes with the meticulous landscaping and the sheers that are coordinated with the shades which tone with ethically-harvested natural front door wreaths that rotate with the seasons. They are large stories in small spaces. The thriller "ticking clock" is the one over the sink. Nothing bad ever happens here. Until it does. 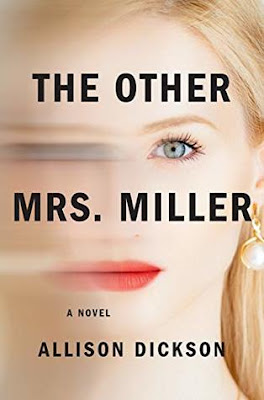 That's where THE OTHER MRS. MILLER starts.

Phoebe Miller has lost her family name to scandal, her marriage to crushing ennui, and her ass to ice cream.

Medicating her discontent with her, on the surface, perfect life with wine and naps, she is willing to drift along with her only amusement being tracking the strange car parked on her street.

Phoebe apparently has a stalker.

Not much of one, but, still, anything for some amusement, Phoebe keeps a journal of the comings-and-goings of the odd blue car and its slightly-built driver (Is it a woman? Well, wouldn't that be interesting.)

We notice cars. In my time as a defense attorney, I saw eyewitness testimony be all over the place. The suspect was a short-tall-fat-thin-light-complexion-black-white-man with a full head of hair over his receding hairline. But regarding their car, even if the witness said it was a light green late model doohickey-mobile, they remembered the beanie baby in the rear window (because it's the one they need) and the decal on the windshield (because they work with someone who belongs to that gym.) I can't tell you why but that's how it works.

As for the stalker, to quote Rachel Maddow, put a pin in that.

Phoebe Miller, the domestic dilettante, has another distraction. She has new neighbors. The vacant and genteelly decaying home of that nice old couple has a moving truck in front of it. A mom who sits on her front porch surreptitiously smoking. A dad who screams his anger into his cell phone as he paces back and forth.

A son who is everything a fine young man should be. All long and lean and tanned and charming with the restless energy unique to nineteen-year-olds.

Two friendships develop. Phoebe and her new bestie girlfriend eat quiche and shop and gossip about their husbands. And then there's Phoebe and Jake most definitely not eating or shopping. She didn't intend to turn into Mrs. Robinson . . . but, hey, it's just for the summer, right? Soon her hobby will be headed off to school and she'll have some amazing memories to help her while away the wine-tinged hours by the pool.

However, something happens. Phoebe starts to wake up and realize she's still young and beautiful (albeit a bit fluffy from her dietary choices.) She also realizes that she deserves to be happy. That her husband and house and family scandal don't have to define her.

Money's not an issue and there's a whole world out there. Well, damn, if this just isn't a Hallmark movie in the making . . .

What separates this book from others in the genre is the story flows like sand through an hourglass. You're flipping the pages, watching Phoebe shaking off her malaise and realizing her potential. And the sand is flowing faster and faster, oh my, she's not going to do that, IS SHE?

And BAM, the sand runs out. Three words change everything (isn't it always three words?)

Nope, I'm not going to tell you what they are. I found out myself and so will you. 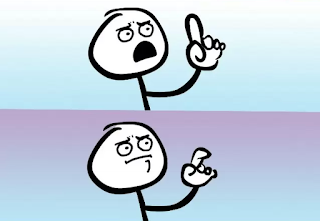 We have a whole new ballgame. Remember that pin you put in the blue car. Go back to that.

I can't go into what happens next without unnecessary spoilers. Just let me say that it has an absurdness to it. You, the reader, are in on the secret and it's your job to play along. Think of it as your role in a stage play where everyone is wearing a mask.

Because the first person to break the pretense is the guilty one.

Repeat, everyone knows this storyline is a lie.

But the first one to call it out will be destroyed by it.

I'm a big fan of the movie version of Agatha Christie's "Ten Little Indians," the crux of the story is that there is a murderer at the dinner table. Maybe passing you the potatoes. Maybe it's you. The clues are there if you're willing to look and listen. In the movie, they break the 4th wall in the middle for the "Mystery Minute." There is a quick wrap-up of the clues and an invitation to solve the mystery.

Allison doesn't break the 4th wall, but the "Mystery Minute" in the novel comes when the players are gathered around the kitchen table. Everything is laid out. It's time to solve this. I had my ideas but wasn't sure. And the clue is there. Can you catch it? Finally, we know the truth.

Epilogues are just for wrapping up the threads and showing how everyone is happy because the bad guys have gotten their due and you're on a beach with nothing but the future in front of you.

Maybe there are a few more grains of sand stuck in the neck of that hourglass. Don't leave before the credits.

Technically, this falls under the purview of "unreliable narrator." Meh, I can see that. However, the unreliable one is the writer. She leads you on with one thing and then she messes with your head and laughs while she does it. THE OTHER MRS. MILLER is a solid debut that will keep you guessing and flipping pages. Total thumbs up.